How to Create Animated GIF Screenshots in 3 Easy Steps

Almost every software marketer at some point needs to include screenshots in digital materials, whether its a web site, a blog post, or even social media postings. To be blunt, screenshots are BORING. So one way to liven them up is to use animated GIFs. GIFs are a type of image file that can contain multiple images, thus rendering it into a type of very short video that typically runs in a loop.

Windows 10 includes a screen recording app called “Game Bar,” and you don’t have to be a gamer to use it. To start the app, simply hold the Windows key and then click G , and this opens up the Game Bar. Click record, and it will record your entire screen and save it as an MP4 in your “videos/captures” folder.

It’s a pretty basic tool, so if you want to limit the recording area to a specific part of the screen, or perhaps you don’t have Windows 10, you will need to purchase another tool. Two tools that I recommend are Camtasia and Snagit. Both are paid tools, and both have free trials so you could use them for free if you just need to create just a couple animated GIFs and plan to do it within the time frame of the trials. The nice thing about Snagit is that you can select exactly what part of the screen you want to record, in case you prefer not to record your entire screen. I use Snagit for screen captures, screen videos, and even to record online sessions that I want to come back to later, so it’s a valuable tool to have on hand. And yet I still prefer to use the Game Bar for quickie recordings just because it’s easier. The animated GIFs in this post were recorded using the Game Bar. But for some clients where they insist that the GIF only include part of the screen, Snagit has been my go-to tool.

Animated GIFs should be short and sweet. Your Windows 10 computer has a built in tool for trimming down your videos, and you’d never find it on your own, trust me. And that is because it’s called “Microsoft Photos.” Strange name? Yes. But you can use Microsoft Photos to edit your videos down to size.

You can also use Microsoft Photos to create all kinds of other videos, blend clips together, add music and special effects, but that’s not what this post is about. 🙂

Trim the video you shot down to just a few seconds. You almost certainly will need to trim the beginning and end, and maybe even parts of the middle. Try to keep it to just the important parts, bearing in mind that you’ll probably want the GIF to run in a cycle, and you should include some visual movement, ideally more than just the mouse, since that’s hard to see.

Once you’re done trimming the video, export it to an MP4 file. In Microsoft Photos, there is no way to export directly to GIF. Snagit, however, allows you to convert your MP4 into a GIF directly from the Editor screen, and you can customize its size, add looping, and more (another reason why some people prefer to do this in Snagit). 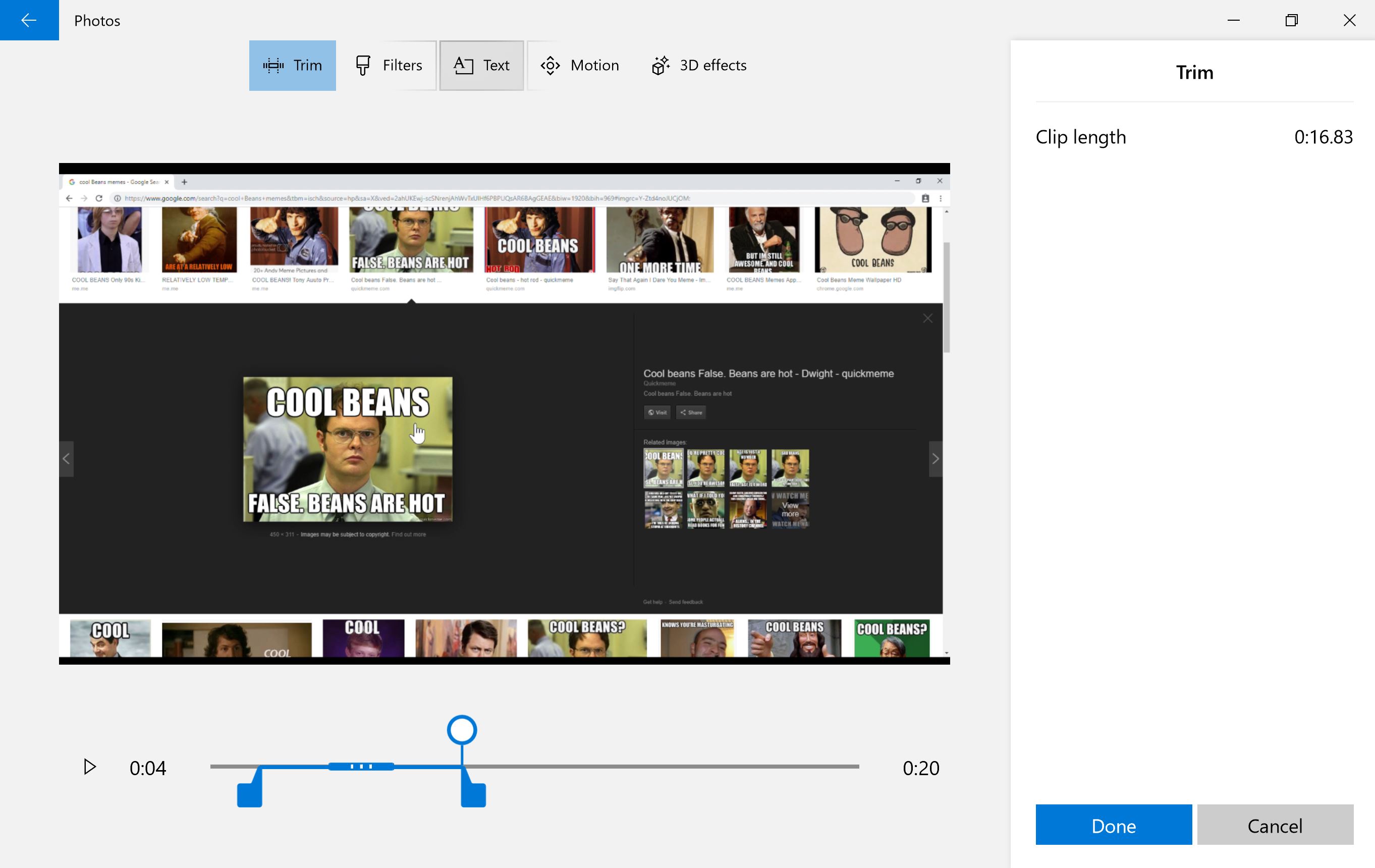 Now you need to take your MP4 file and turn it into a GIF, and the best site I’ve found for this is Cloudconvert, which can convert just about any type of file into any other type of file.

And that’s it! Easy peasy!

Here’s a nice example of a client site, BrandTotal, that used animated GIFs to display some of its new features.  If you use these instructions to create your own animated gifs, let me know in the comments – I’d love to take a look.